In response to coastal state requests for additional lease areas and the Biden Administration’s goal to deploy 30 GW of offshore wind by 2030, BOEM began its lease planning process and is convening a Central Atlantic Intergovernmental Renewable Energy Task Force. The Task Force will serve as a forum to discuss and share information related to the planning and leasing process and encompasses the area offshore of Delaware south to Cape Hatteras, North Carolina.

BOEM will convene a meeting of the Task Force on Feb. 16, 2022, to gain input on the draft Call and update members on recent planning activities. To learn more about the meeting, visit BOEM’s Central Atlantic Activities page. Register for the Central Atlantic Intergovernmental Task Force Meeting here.

During the meeting, BOEM will solicit feedback from Task Force members on the Draft Call Area. Members of the public will be able to provide input at the end of the meeting. The next step in the BOEM leasing process will be to compile feedback received at the meeting to further analyze the Draft Call Area and develop a revised Call for Information and Nominations Area that will be published in the Federal Register with a 45-day comment period in 2022. 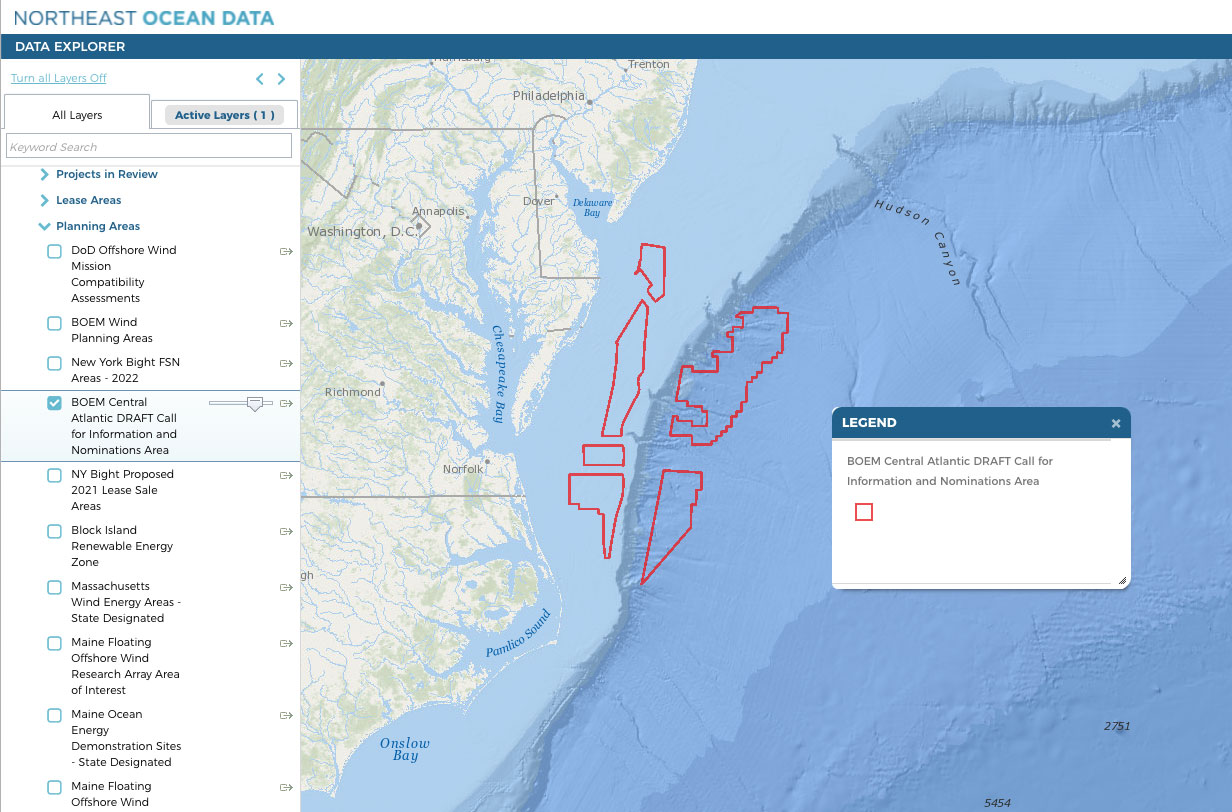