“I like it because you can approach it from any lens. It’s a great clearinghouse of information.”

To provide K-12 students with a different, engaging way to learn about the ocean ecosystem, how people use the ocean, and interactions among ocean uses.

In Maine, the non-profit Island Institute works closely with the state’s island and coastal communities to further their sustainability, including through exchange of ideas and experiences. Several schools in these communities focus on place-based education, engaging students in ocean-related activities such as kelp aquaculture and water quality testing. Staff from the Island Institute saw an opportunity to use the Northeast Ocean Data Portal to add another dimension to the students’ learning.

“We wanted to expand it further by connecting it with ocean planning and getting the students to think about how what they are doing relates to other ocean uses,” said Rebecca Clark Uchenna, Community Development Officer at Island Institute. Clark Uchenna introduced the Data Portal to teachers and students at the Edna Drinkwater School in Northport, Maine, and the Long Island School in Casco Bay, where many of the students come from lobster fishing families. 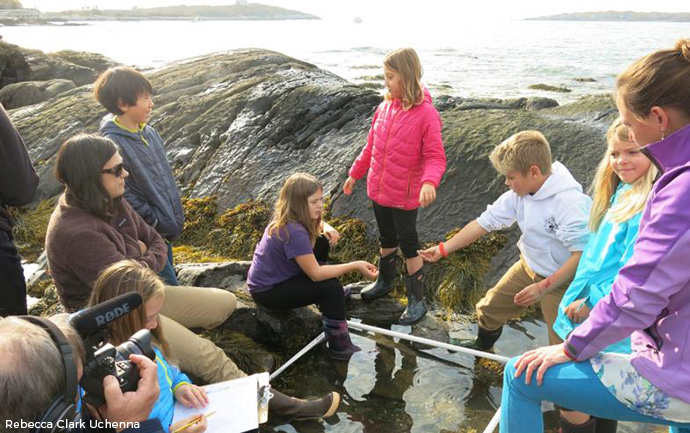 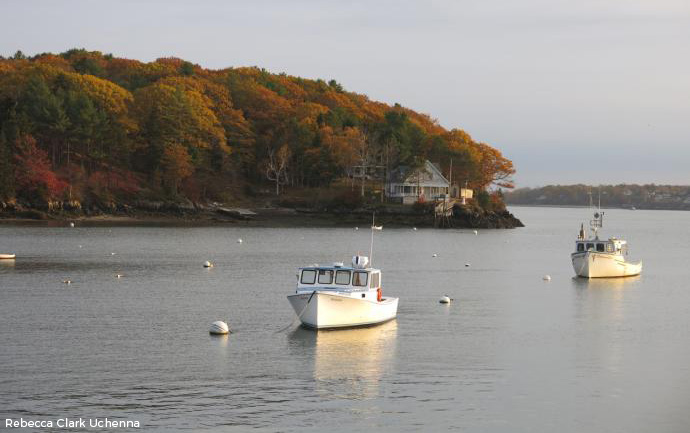 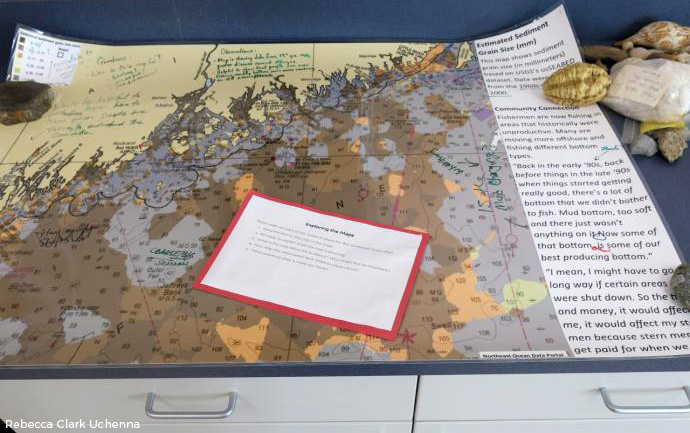 “I used several maps from the Portal and got the students to think about different interactions,” said Clark Uchenna. “They were fascinated by the marine life layers. They loved looking at the species richness and abundance maps, and they were very concerned about whales and shipping traffic to Boston.”

Teacher John Van Dis at the Edna Drinkwater School saw the students’ enthusiasm and recognized the potential to use the Portal in other lessons.

“John took this whole concept and just ran with it,” said Clark Uchenna.

With his middle school students, he began using printed maps from the Portal, asking them what they noticed and teaching them how to work with maps. Then they moved to using interactive maps of tug-tow traffic, marine mammals, undersea cables, and other data layers. “I said, ‘I want you to tell me what you notice, what do you recognize, what do you wonder about?’” said Van Dis. “With that framework, it was amazing what they were able to come up with.” 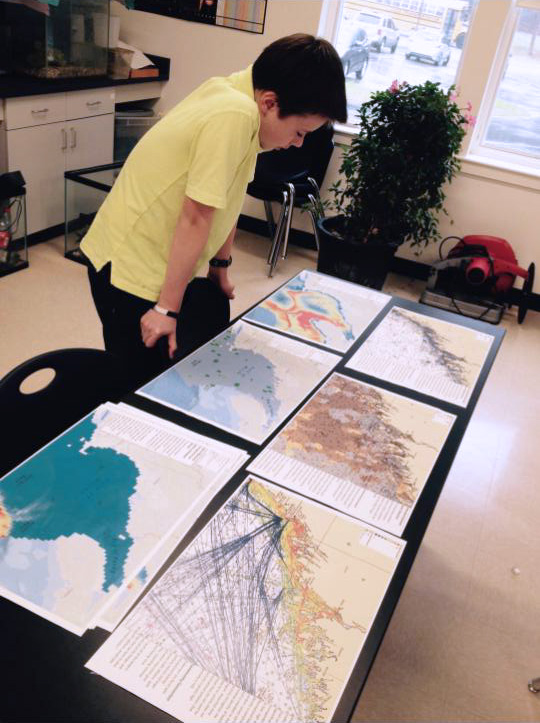 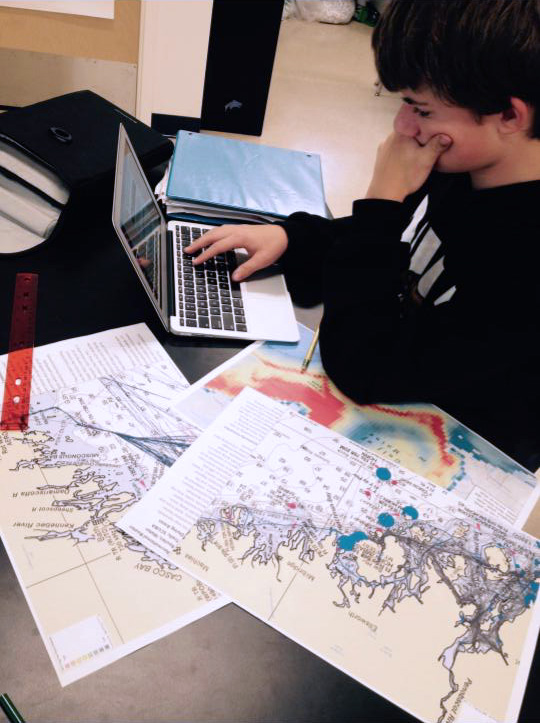 In an earth science class, he had students explore the Portal website and choose three different types of data to overlay on the map. The students explained why they chose their three layers and told a story relating the layers to each other. The class also used the Portal to investigate the region’s glacial history. “The kids were looking at sand and benthic overlays,” said Van Dis. “They asked why from New Hampshire south is it really sandy, and Maine is rocky. Why is that? They could see how differences on the Earth’s surface are based on past events.”

Van Dis found that the Portal’s interactive and visual nature appealed to students who tended not to be engaged by other learning approaches.

“My motorheads were intrigued by the transport routes,” he said. “One student was interested in the shipwrecks map and started looking at the locations of shipwrecks compared to shipping traffic in and out of the ports nearby and saw that it made sense why there were so many shipwrecks where they were. He wasn’t one of my most academically minded students, but he’s a good analytical thinker and he was really intrigued by these maps, and it was amazing to see how he was able to use them.”

Later in the year, Van Dis used the Portal as an assessment tool for his students. “I put out eight maps, gave the students some questions, and said choose two maps that could help answer a question, like how do increasing human activities affect marine life,” said Van Dis. “They had to explain how their two maps could help answer the question.”

In fall 2018, Van Dis began teaching at the high school level at the Islesboro Central School on the island of Islesboro in midcoast Maine. He plans to continue using the Northeast Ocean Data Portal with his new students.

“I like it because you can approach it from any lens,” said Van Dis. “It’s a great clearinghouse of information.”

In October 2018, the producers of the Ocean Frontiers film series released educator resources on ocean planning and the Northeast Ocean Data Portal. Clark Uchenna and Van Dis participated in developing the lessons and discussion guides, drawing on their teaching experience at Edna Drinkwater School and Long Island School. The materials are available for free at https://ocean-frontiers.org/educator-resources.